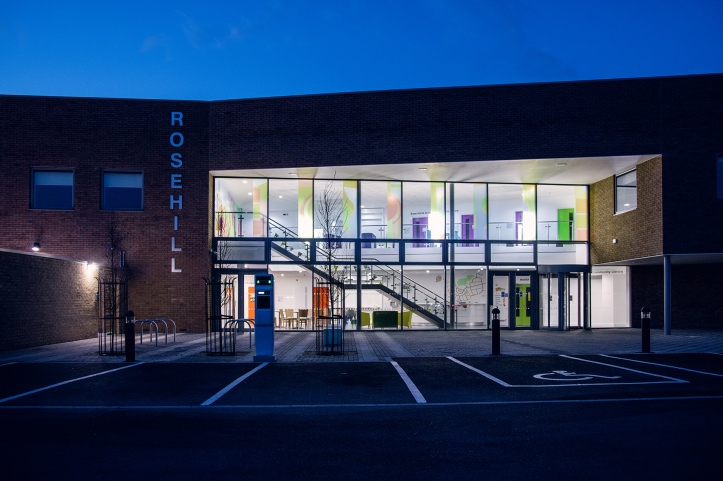 128 projects have been shortlisted in the awards, with every location being visited by judges prior to announcing the regional finalists.

The new build community centre, owned by Oxford City Council, opened in east Oxford at the beginning of 2016.  It has made a considerable impact in uniting the community with over 13,000 visitors per month using the centre by June.

Established in 1959, the awards honour projects that significantly benefit the community, considers inclusive and accessible design and are also sustainable.

Councillor Ed Turner of Oxford City Council said: “It is fantastic news that Rose Hill Community Centre has been recognized by Civic Trust Awards. At the crux of this project was to create an asset that catered to the diverse needs of the community and which encouraged a greater number of visitors.  We wanted a convenient location that provided multiple services so that it would become central to life in Rose Hill and we are delighted in the public response which has shown us that we have achieved this.”

The community centre was nominated for the awards by Clarkson Alliance Project and Cost Managers, based in Summertown, who worked alongside local consultants ADP Architects, Qoda Consulting, Glanvilles and Beard contractors to deliver the project.

Mike Davy of Clarkson Alliance and project lead commented: “We were committed from the outset to meet Oxford City Council’s objectives of increasing community engagement with the facilities. It is excellent to see the community centre be recognized for an award that rates this so highly. Clarkson Alliance had the vision to champion the design to be developed as a 3D digital model to help local community groups visualize the proposed facility so that we could be sure it responded to the needs of the users.”

The award is the second regional finalist in this year’s Civic Trust awards for Clarkson Alliance. Sacrewell Farm in Peterborough was also named as finalist after the successful restoration of a Watermill and Bakehouse which is in the top 8% of listed buildings in the country.

This is the second recent accolade for Rose Hill Community Centre after winning the New Building Award by Oxford Preservation Trust on 1st November.

The projects will be put forward to a national panel who will decide if the project will progress to win a national/ international award.  Winners will be notified on Thursday 15th December.