WHAT CAN RH DO ABOUT AIR POLLUTION? 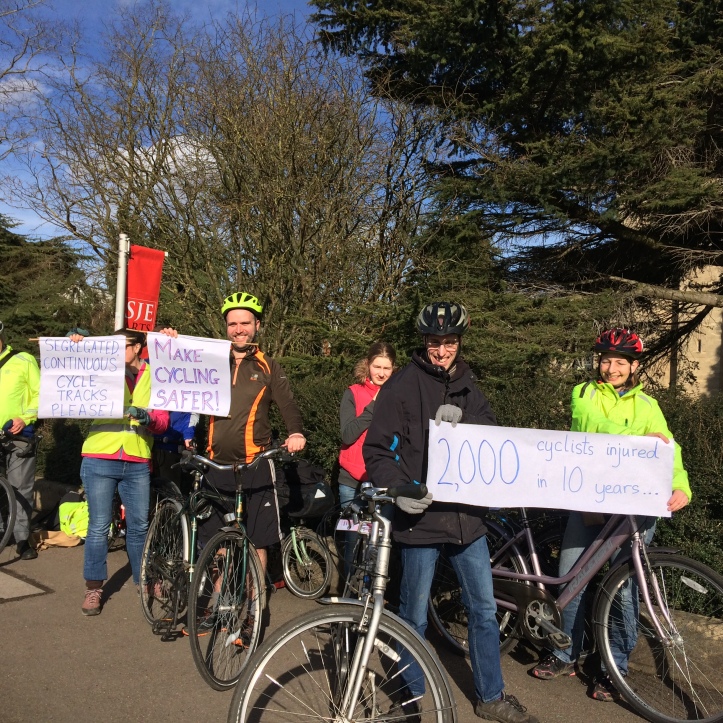 What can Rose Hill do about Air Pollution?

Cough! Wheeze! Gasp! Air pollution affects all residents of Rose Hill, especially those who commute into town every day. In the most congested parts of the city, the air often goes over the legal limits of nitrogen dioxide. This gas comes from car fumes and is linked to asthma, lung disease, cancer and birth problems.

Rose Hill resident Mark Gouzée cycles to the town centre to work every day and said: “As an asthma sufferer, I feel we really need to do something about car emissions. If the wind drops, I notice the difference in air quality, and I get wheezier.”

Katie Hoare, another Rose Hill resident, walks her son to Lark Rise School every day said: “The air stinks around the Donnington Bridge junction and it’s always congested, sometimes we have to run to get past the fumes. God knows what the air pollution is doing to my son!”

So, what can we do about it? One solution is to make cycling safer, easier and more fun. Cycling isn’t just good for the health of cyclists. It helps everyone by reducing air pollution, traffic congestion, noise and our impact on climate change.

A lot of people don’t cycle because it’s just too dangerous. The cycle lane markings are faded, and they often stop suddenly.

There is nothing to stop motor traffic from driving into cycle lanes. People who cycle from the town centre to Rose Hill along the Iffley Road must overtake cars, which are legally parked on the cycle lanes.

This has resulted in a lot of accidents. For example, Tommas Ellender was riding his bicycle home from work along the Iffley Road. Whilst he was overtaking a car that was parked on the cycle lane, the driver opened his car door. Tommas was knocked off his bike and ended up in the JR with a broken leg.

Late last year, some Rose Hill residents started a petition for continuous, separate cycle lanes into town, hoping to get 100 signatures. Since then they have received over 1,800 signatures, growing every day. The petition was presented to Ian Hudspeth, leader of Oxfordshire County Council at County at the end of March and we hope that the council will invest in a safer cycle network for the future.