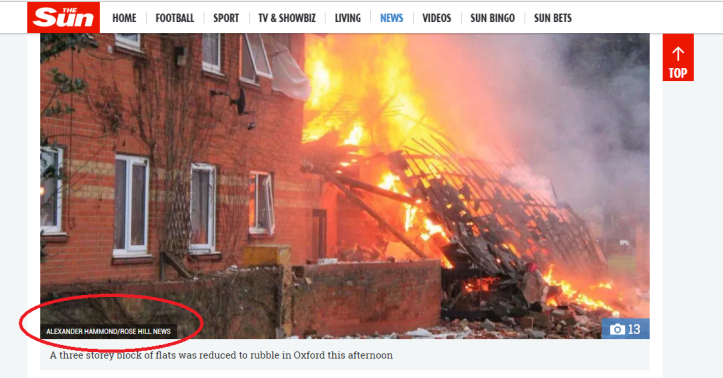 Alexander Hammonds, who volunteers for Rose Hill News as a photographer, took some amazing close up shots of the devastation (as seen above) which was the result of an explosion in Gibbs Crescent earlier this week.

Soon after publishing the shots on Facebook moments after the blast, @RoseHillNews shared the link with The Oxford Mail which then led the way for other news sites wanting to publish and credit the pictures including Sky, BBC, The Times, The Sun, Mail, Express, Oxfordshire Guardian and multiple others!

Alex’s original Facebook post has now been shared 166 times and he has signed a contract with SWNS to distribute the pictures further.